A former 150-year-old farm renovated into a sumptuous escape with two bright, open houses - plus Dacha and sauna - offering a restful refuge for holidays and workcations

Stefan, despite having grown up as a city kid, had always dreamed of a countryside escape, somewhere he could run a farm and live off the land. Once a Berlin bar owner, architect Stefan has now successfully transitioned into the role of countryman with an impressive farm to his name. Birchtree farmhouse is sublime; a real bolthole near the Polish border in the northern Uckermark that offers the perfect escape from hectic city life. When Stefan came across the abandoned farmhouse, its barns were still full of troughs for animal feed, plants had grown through the stables and the living quarters were a bit worse-for-wear.

Stefan saw through all of this, which is lucky for us, as he transformed the buildings into hyper-modern, open houses that still contain nods to the buildings’ former lives. Much of the furniture, such as beds and dining tables, has been made using wood from the area that would have otherwise been used for firewood. Each of the two houses has a huge open living space, complete with a wood-burning fire and a huge kitchen, perfect for cooking up feasts. But the pièce de résistance is the garden sauna, with its sprawling terrace and huge glass windows. This is the dictionary definition of the perfect group getaway. 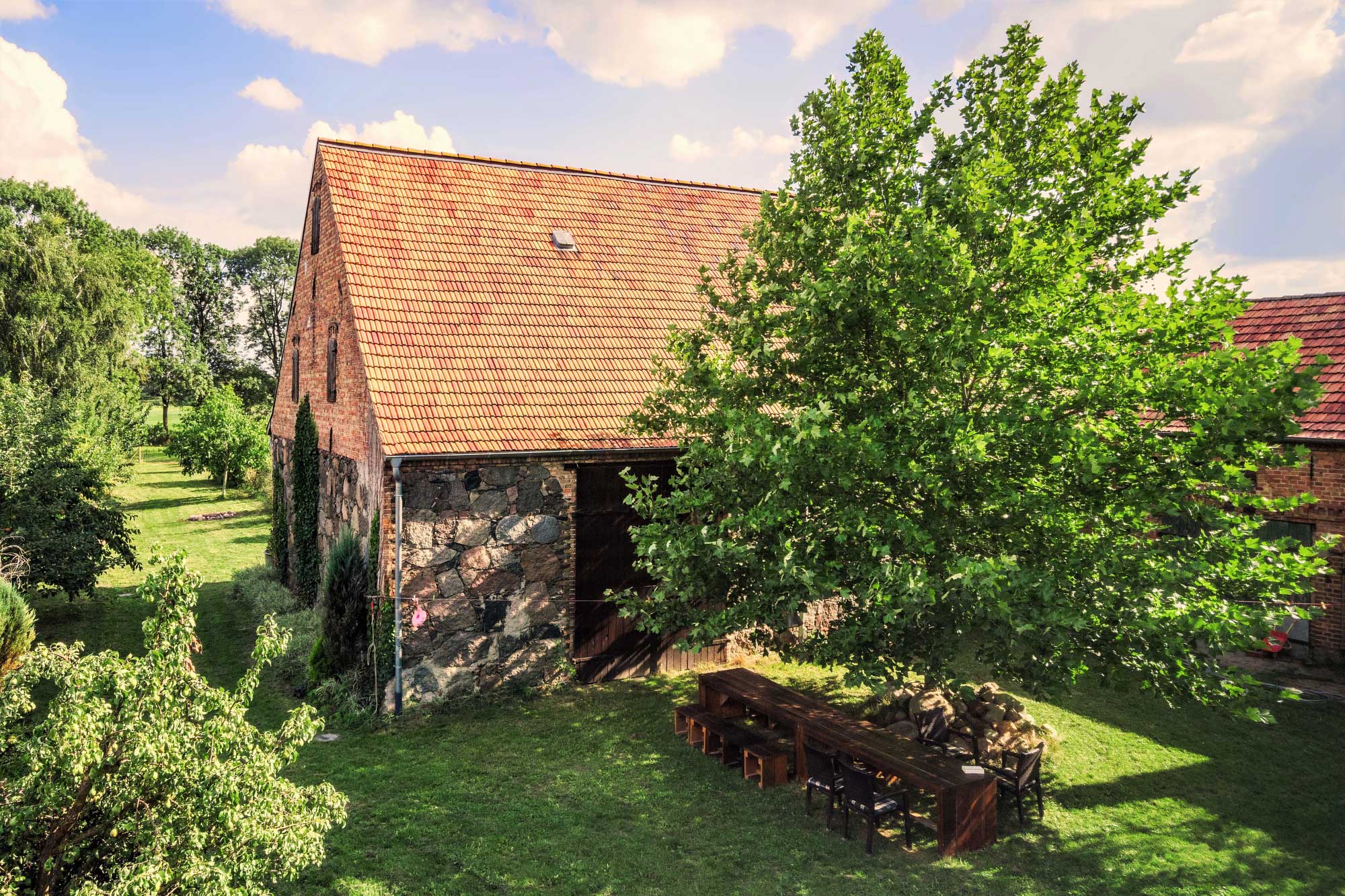 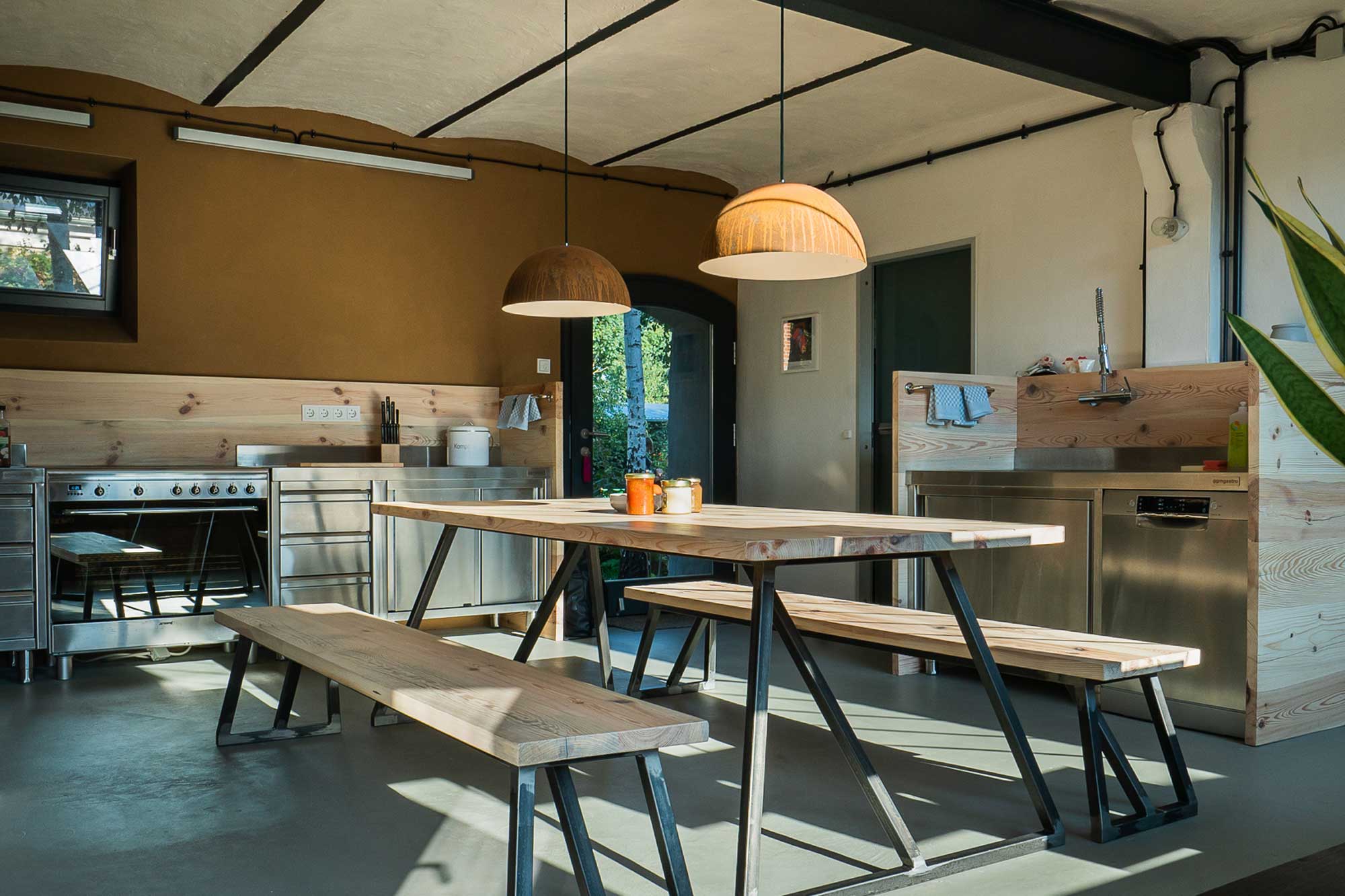 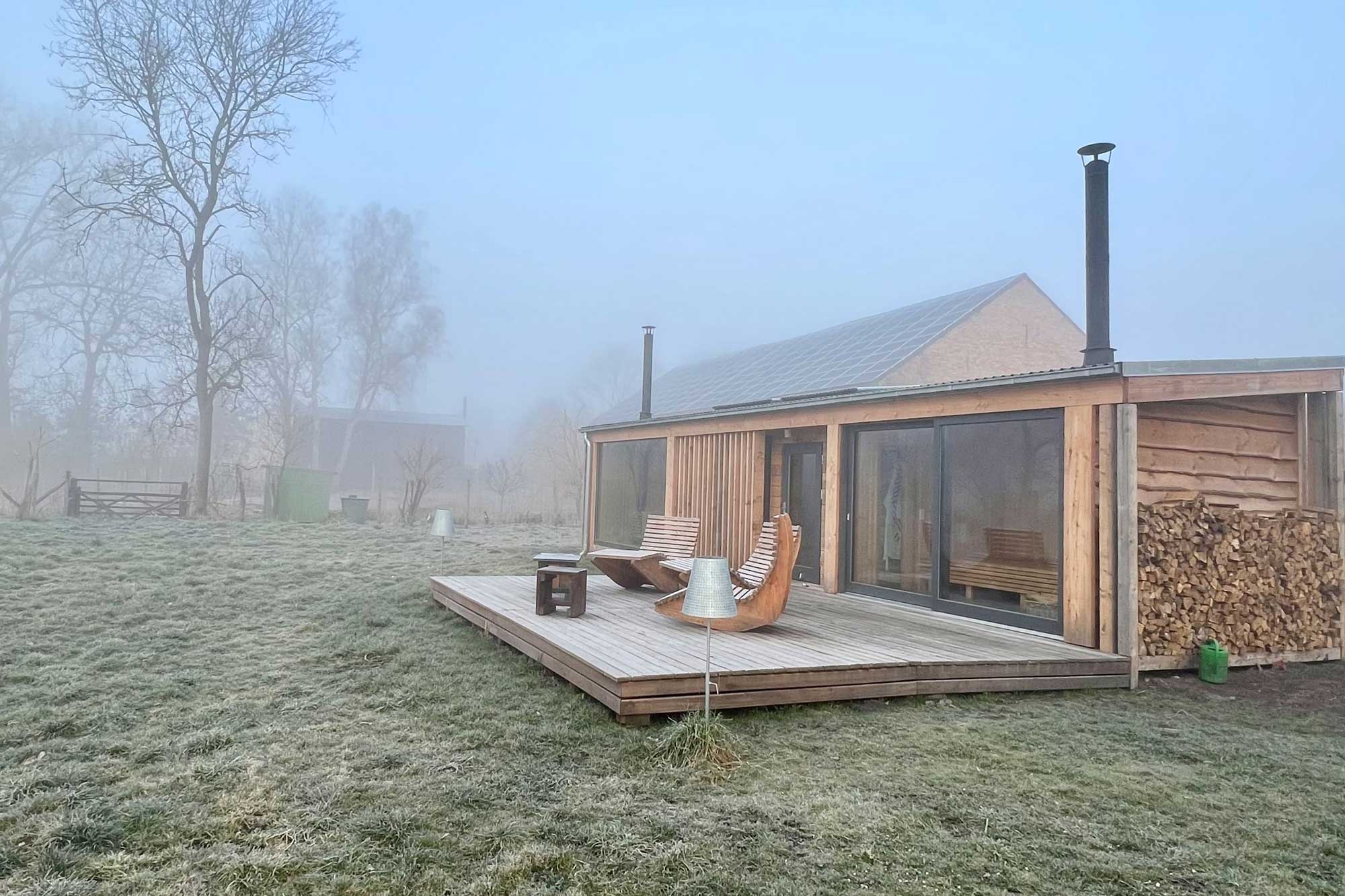 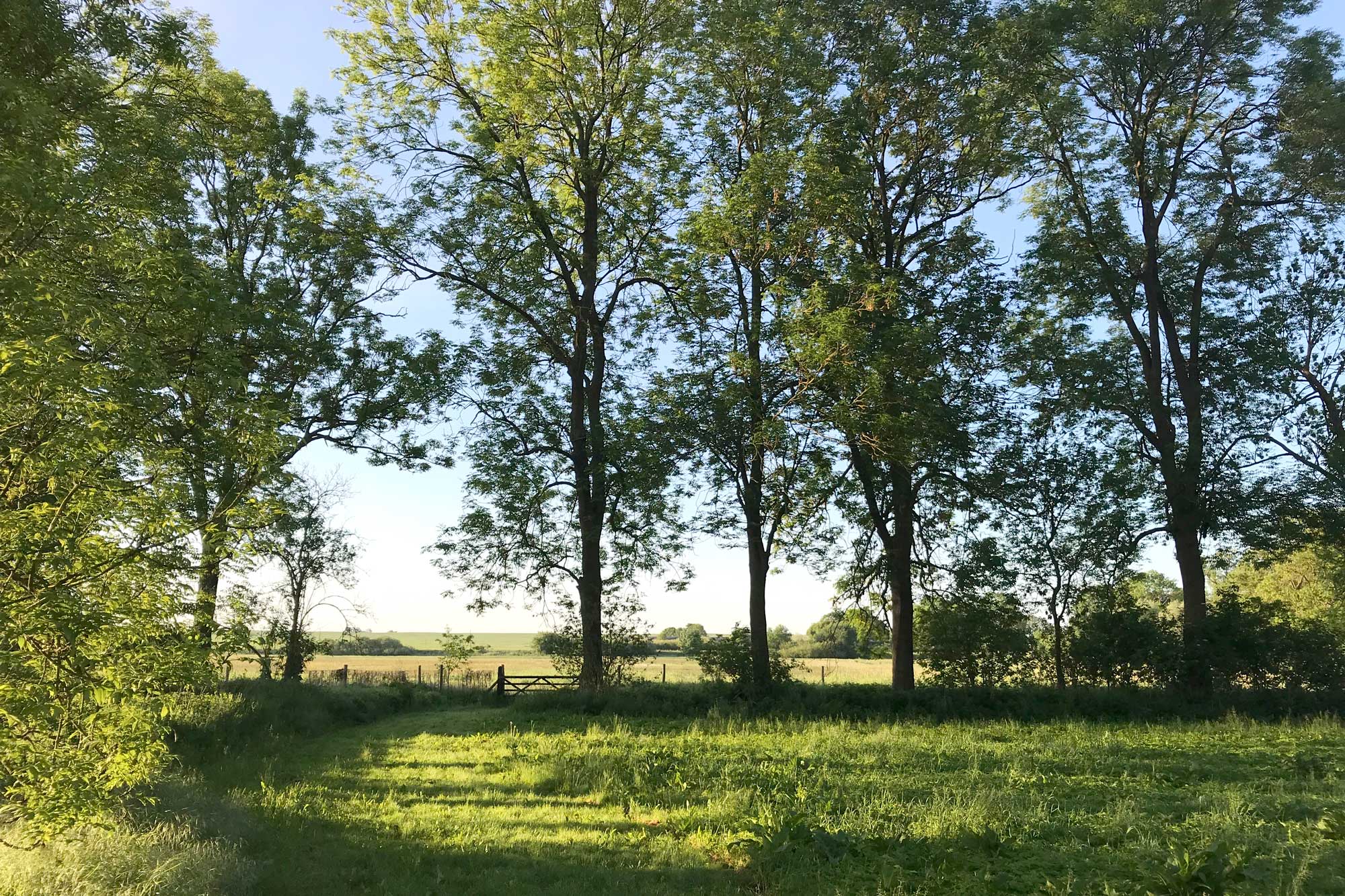 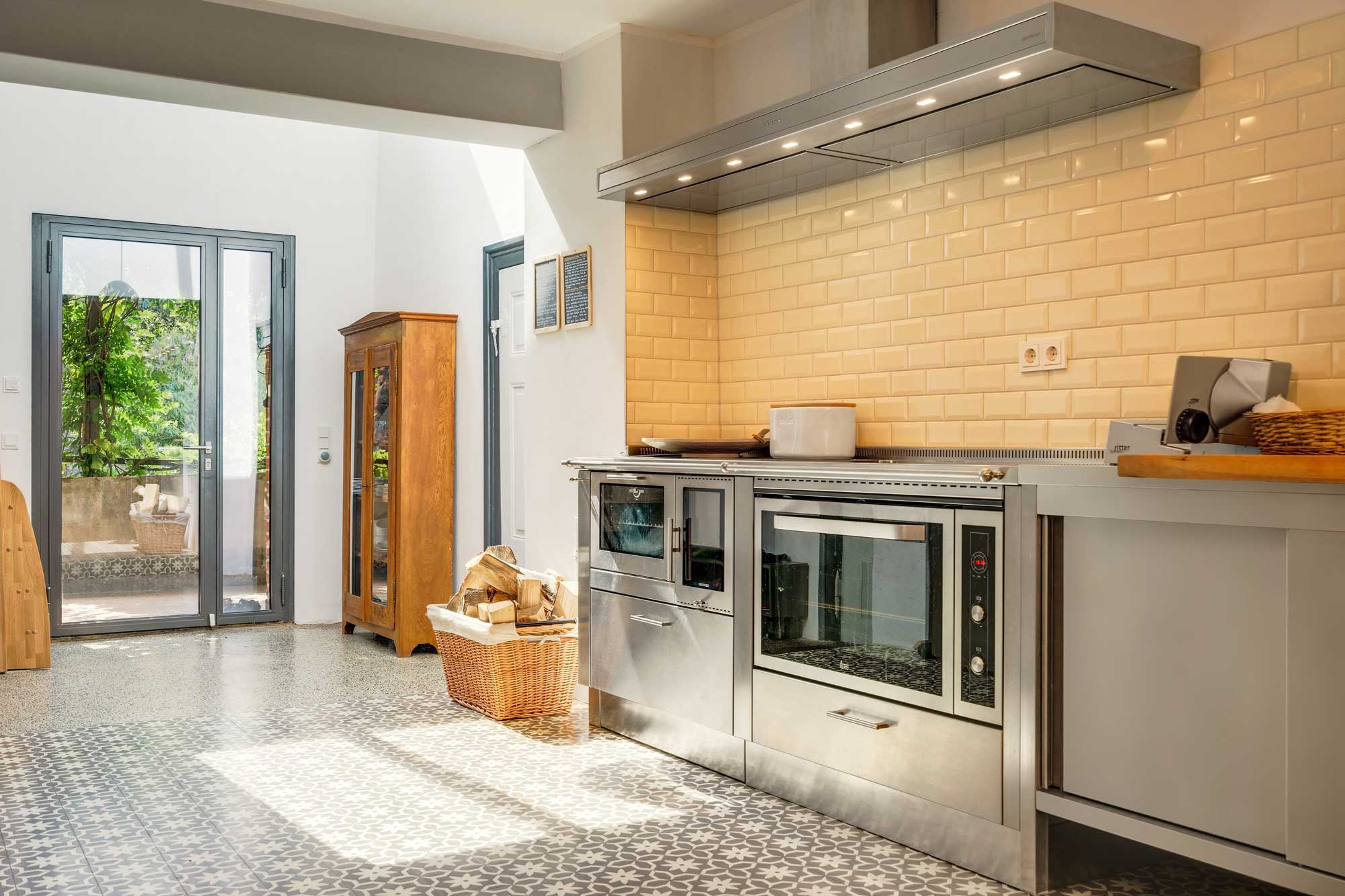 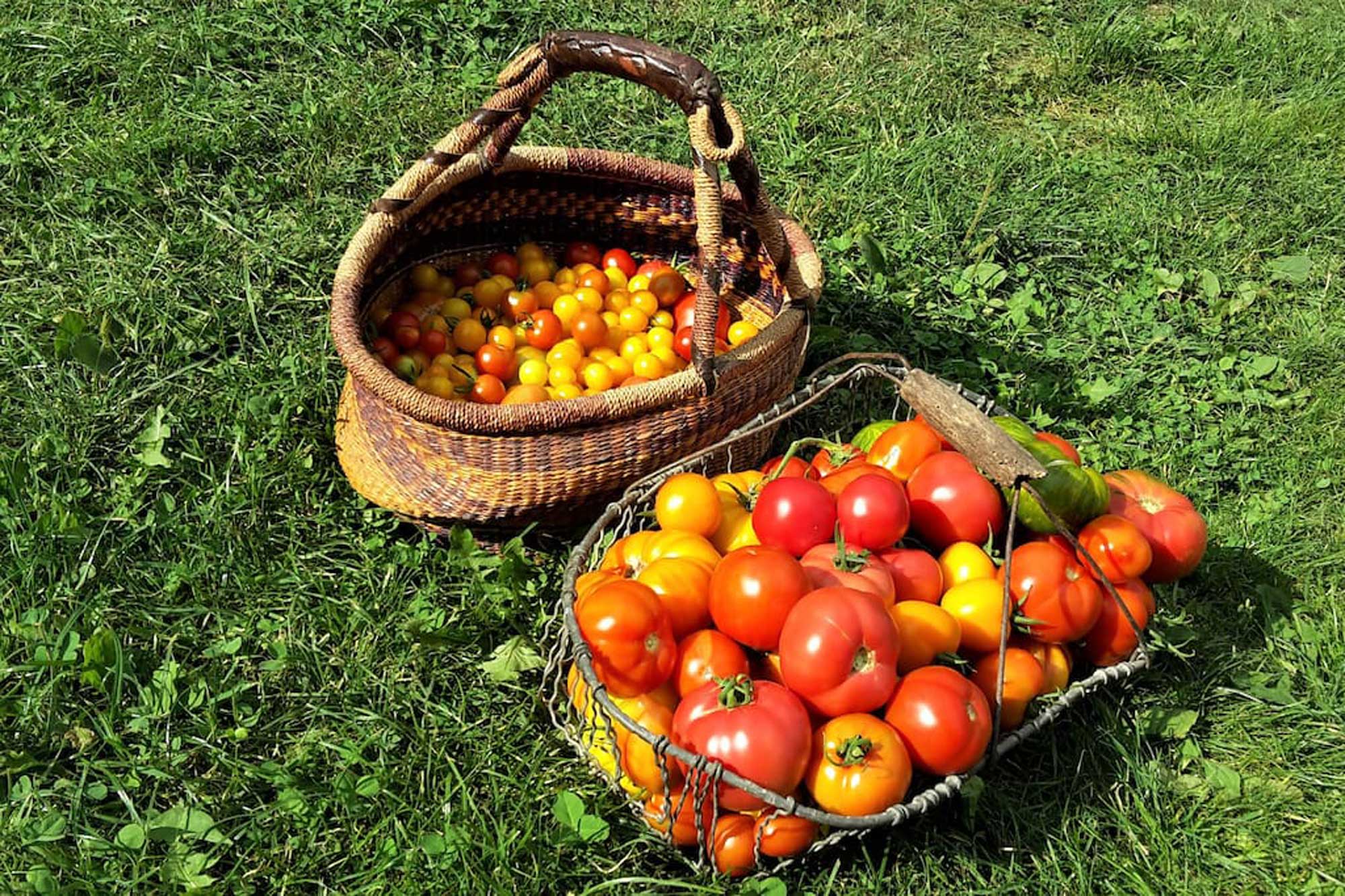 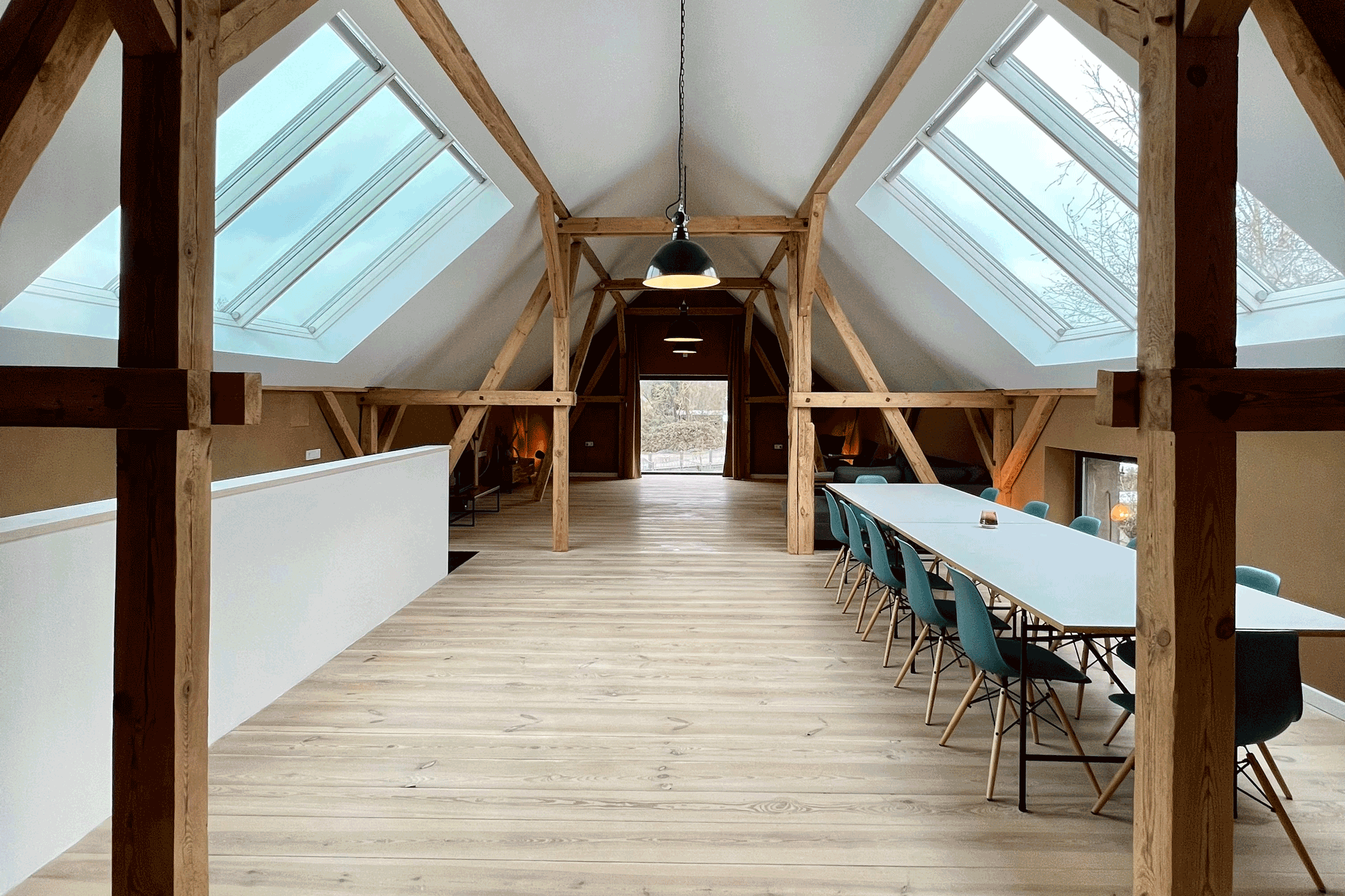 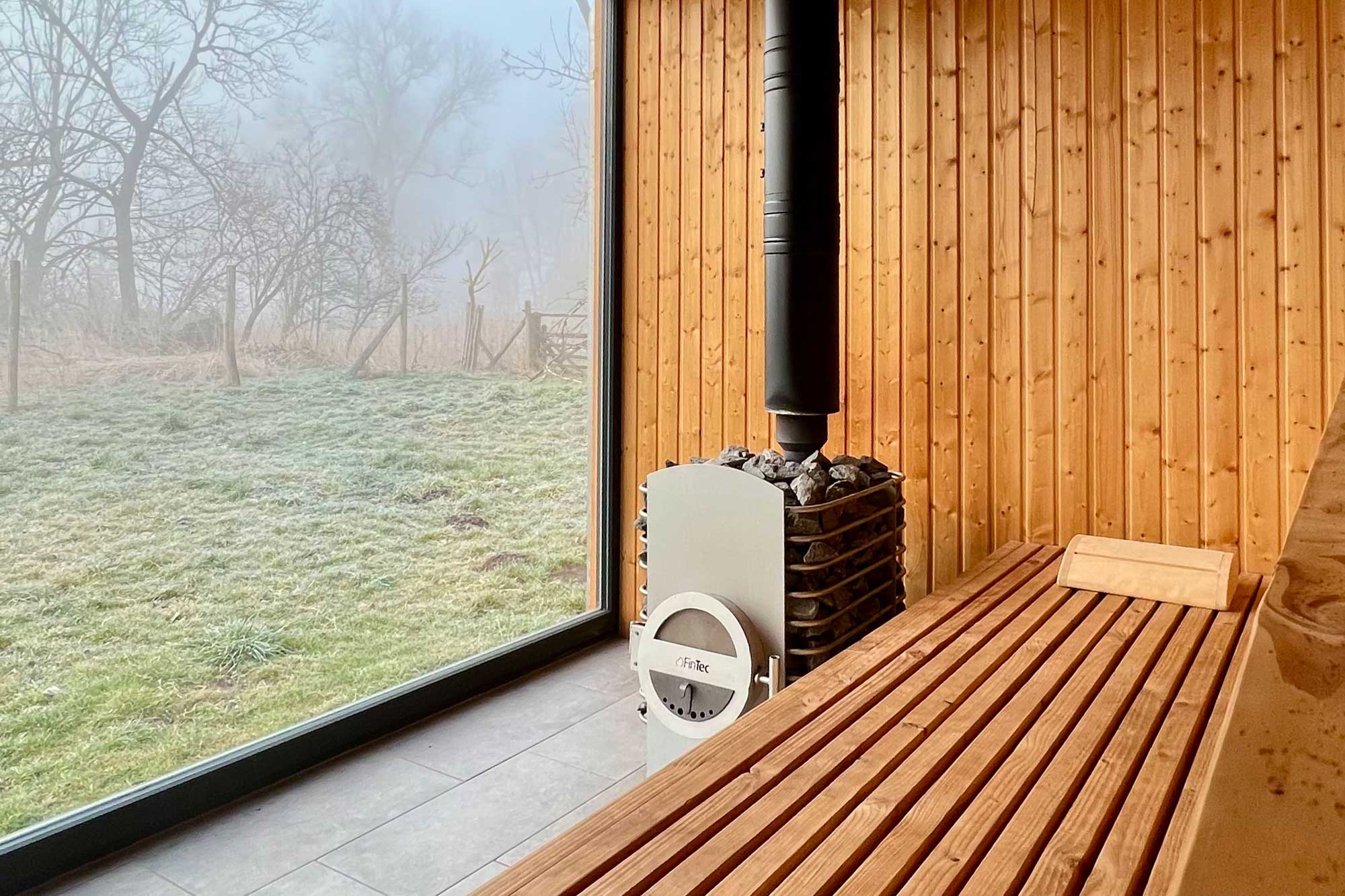 “I fell in love with this area as soon as the train pulled into the station; the nature is incredible and there is so much potential for Birchtree Farmhouse - I’m so excited for what’s to come, and excited to share the space with guests.”

“There are so many things! But one is that when restoring the buildings, we removed the plaster and found Ice Age field rock, which is typical of the area, but often hidden away. We’ve let it stay on view to shine!”

What people
are saying.

“Simply great! The Birchtree Farmhouse invites you to relax and slow down. Stefan is super nice and an uncomplicated host with a love for detail.”

Birchtree Farmhouse is located Petershagen, close to Casekow, northern Brandenburg, a stone’s throw from both the Polish border and Mecklenburg-Vorpommern.

You can easily drive, and there’s street parking available nearby.

The closest station is Petershagen, which can be reached either by direct train from Berlin or from Angermünde (a station that has direct connections from Berlin). Currently (mid-2022) this last stretch of track is undergoing construction, and a bus sometimes needs to be taken from Angermünde.

Mention The Staycation Collection when booking and receive a small gift as a thank you for being a member.
Email directly