I might live in Berlin by choice, but my heart belongs to North Rhine-Westphalia (NRW). I'm not talking about the big cities of  Düsseldorf, Dortmund, Cologne or Essen: what I love about the most populous German state and the largest urban area in Germany are the hidden, historical gems.

I'm talking fairy-tale Germany. Medieval (but modest) castles, villages of half-timber houses, historic old towns, and moss-covered woods where one might as well be surprised by Little Red Riding Hood… Or at least a handful of Pfefferlinge, asparagus, and tiny wild strawberries.

Home to 59 historic towns and villages, all beautifully documented by the Historische Stadt und Ortskerne NWF, the closest village in the region is around a 2.5h train ride from Berlin . Perfect for a long weekend away from big cities, it's the place that instantly fills me with landlust, that sudden wish of buying a farmhouse and making my own goat cheese. Call it the timber-house effect.

In addition to the historical architecture – I challenge you not to fall in love with villages in NRW – the region is home to fantastic local cheese, beer and wine – to be cherished while cosy in a stylish treehouse hotel or by a natural spring after a refreshing hike in nature.

These are my must-visit North Rhine-Westphalia villages and towns:

This town in the Lippe region was once an important salt mine (from the Middle Ages up until the Second World War, actually). Today, the 60,000-litre brine springs are only used as part of local spas. Lucky us! Architecture-wise, expect richly decorated German Renaissance buildings.

To truly fall in love with this town, plan a trip around August, when the city holds a wine festival in the heart of the old town. As for hikers willing to explore Teutoburger Forest: July is the best month, when berries and wildflowers are at their peak.

This medieval town and its namesake castle stand at the top of the Sieg valley and within Hennef, a city also known as 'the city of 100 villages'. History lovers should visit Katharinenturm, a gate tower from the 13th century and a local history museum, not to mention wall ruins that once protected this town.

Hikers and cyclists can venture out the river Sieg nature trail to find monasteries like Kloster Merten, goth churches like Wallfahrtskirche, and even more medieval villages (and local wineries, too). Being 15km away from Bonn, Blankenberg is the perfect village to explore while staying in a wonderful treehouse.

My personal favourite, Freudenberg stands in a valley, meaning that behind flocks of black and white half-timbered houses, all you can see are mountains. Described from a different perspective, you have the town's famous Instagram shot (see below).

The old town is over a thousand years old, and the 'Alter Fleck' is protected – residents are not allowed to refurbish or change the appearance of the historic houses. A hiking route of about 3-4h will take you around the village through creeks, meadows, and the Hohenhainer Tunnel (at 396m long and built during 1906-07, it was once the longest railway tunnel in the province). 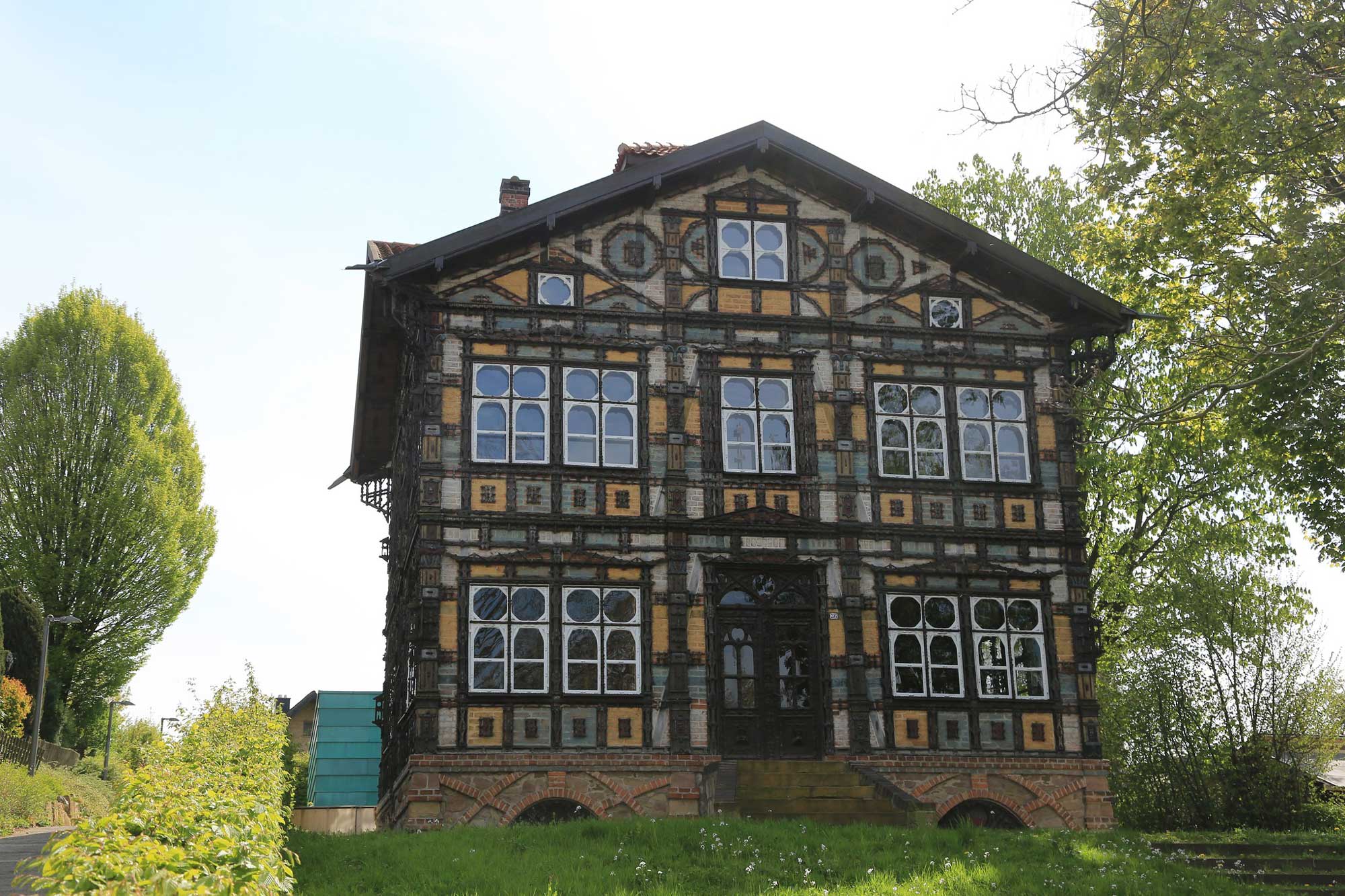 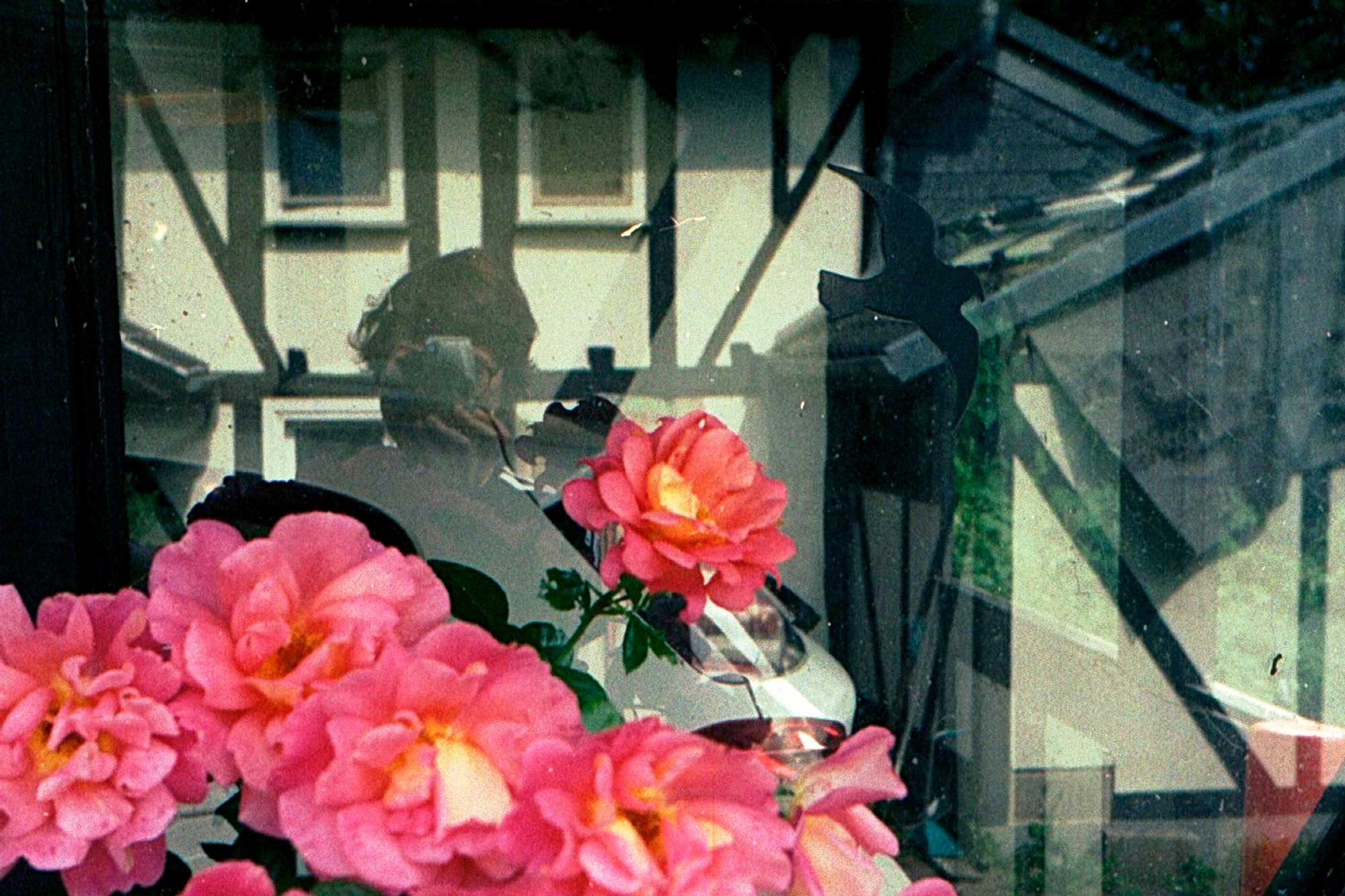 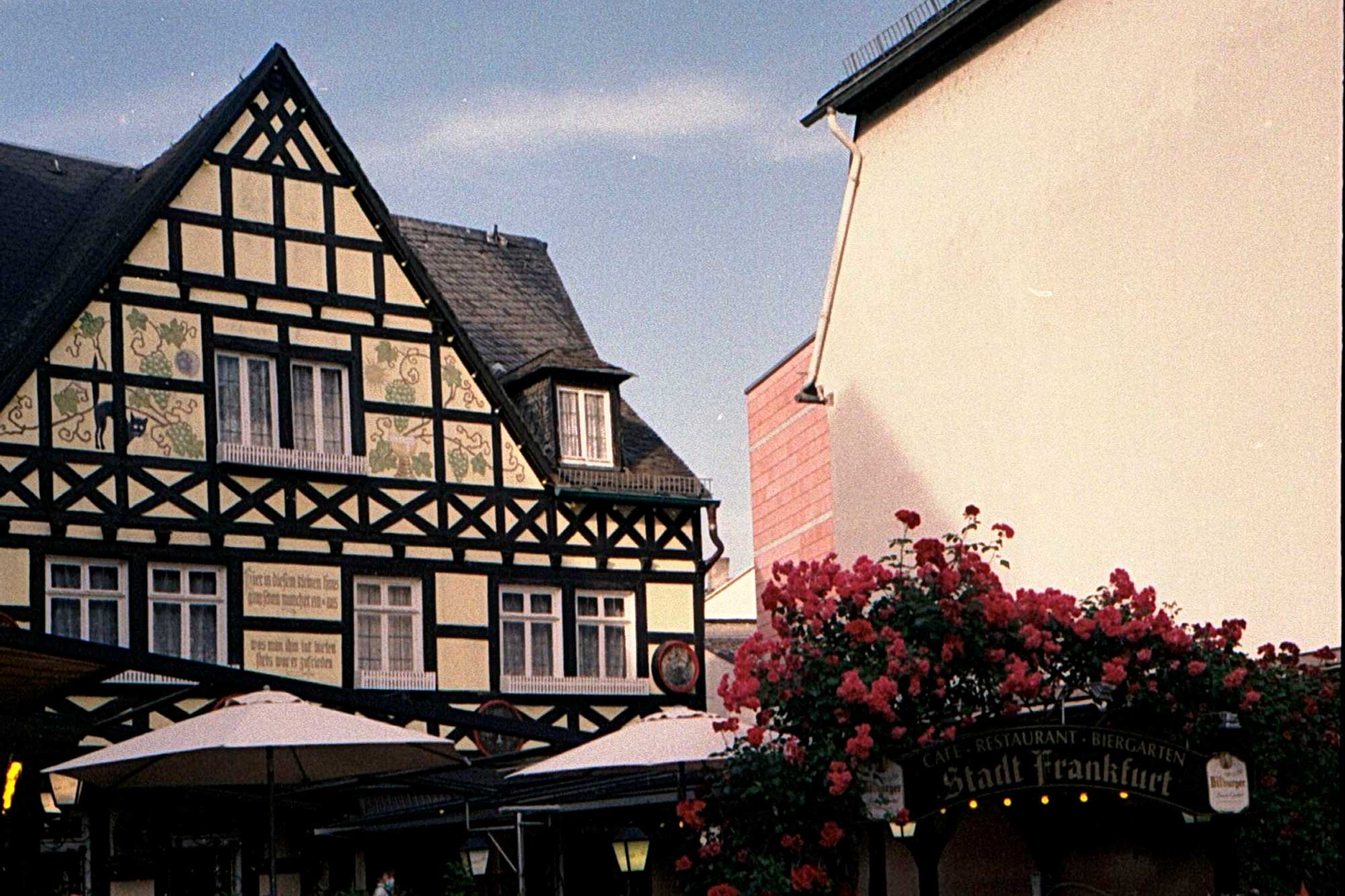 Also in the Lippe region, Lemgo's old town shines with wonderful buildings – including the 'Hexenbürgermeisterhaus' (Witches' Mayor's House). Named after Hermann Cothmann, the famous mayor involved in the 17th-century witch trials, the German Renaissance half-timber is a local history museum.

If witch-hunting factoids are not your thing, take a trip to the eclectic Junkerhaus, a half-timbered house built by artist Karl Junker. He spent years designing the building with imaginative carvings and also created the ornamental and furnishing objects inside.

Lemgo is also known for its lovely fairs: in summer, expect the traditional straw roll festival, and in winter, there's the Kläschenmarkt (a traditional Christmas fair).

Despite loving the Sieg valley and Lippe, I will not be biased and give space to the Münsterland area as well. Warendorf is my choice in the region: an equestrian town filled with listed buildings and home to the North Rhine-Westphalian State Stud, the German Olympic Committee for Equestrianism and the German Equestrian Federation.

Framed by timbered houses from different periods (Gothic, Renaissance, Baroque, Classicism, and Historicism), the medieval streets of Warendorf were once an important  trade centre for linen weaving, gold, and silversmiths. Saved from Second World War bombings and 'car-friendly' development, a lot of Warendorf can be explored now as it would have been over 150 years ago: by foot (or horse, if that's your choice).

I hope these villages give you a taste of how idyllic NRW can be. If you have more recommendations, share them with us!

Yessica Klein is a Brazilian-German writer living in Berlin. She holds a MA in Creative Writing from Kingston University (London, UK) and was shortlisted for the 2021 Aesthetica Creative Writing Prize and the 2017 Jane Martin Poetry Prize. She dreams of a writer's cottage in the woods.