Stargazing in Germany: A how-to guide

Did you know that we’re all made of stardust? It’s a grounding thought.

Most of the elements our bodies are made of were formed in stars over the course of billions of years and multiple star lifetimes (source, Natural History Museum, London). Our connection to the glimmering balls of light overhead is a physical one as much as an emotional one, and staring at the skies is always a humbling, mesmeric experience, and something done by our ancestors across the globe through history. Staring at the sky is a gentle reminder that all things will pass and that the stars will continue to shine, no matter what happened today.

One of our favourite holiday activities is to sit outside and try to guess constellations, the sensation in us creates such a sense of calm that is perhaps maximised by the holiday feeling of relaxation.

To learn how we can appreciate and connect with the night’s sky more, we spoke to Anna Green from the Stiftung Planetarium Berlin about the phenomenon and history of stargazing, Germany’s best places to see the stars, and top tips and tricks for budding astronomers.

How do I stargaze? All you have to do is look up.‍

“There’s an inherent beauty to the night sky,” Anna tells me, “it’s one of nature’s wonders that is incredibly hard to comprehend. I think one of the reasons people feel so connected to astronomy is because not only is it the earliest science, it’s also a science you can enjoy without a degree or even knowing the names of the constellations - all you have to do is look up and absorb what you see above you!”‍

Identifying objects in the sky: search for patterns.‍

“It can be incredibly overwhelming when you begin looking at the nights’ sky: there are just so many stars, planets and satellites above us that identification is tough. To start with, look for patterns that stand out for you. It really doesn’t matter if they’re official constellations, but it should be something you can find time and time again.”

“In informal astronomy, we refer to this as a ‘jumping-off point’ from where you can ‘star hop’ around the sky to identify more. For many people, that’s the North Star or Orion’s Belt” ‍

Myths and legends: have you heard about the big bear with the tail?‍

A great way to help you become more acquainted and connected to the patterns in the night sky is to read the myths and legends surrounding them. One reason is that stars have so many names, and constellations contain numerous stars, for instance, Ursa Minor is also called Little Bear (not to be confused with Ursa Major, which is also called the Great Bear) and contains Polaris, aka the north star.

“Understanding the ancient stories connected to different constellations,” says Anna, “can help your mind comprehend the shapes you’re meant to search for in the sky, and can give a more emotional connection to certain collections of stars, thus making them easier to remember. It’s worth reading more than just the western stories (ancient Greek and Roman), especially to compare them to the ancient Egyptian, Chinese and Native American, because - despite these civilisations never speaking - they have often seen the same animal represented in the stars.”

“For instance, both the Greeks and Native Americans saw bears with long tails in the sky. In the Greek story, Hera was angry with her husband, Zeus, for spending so much time with a mortal woman, Callisto, so she turned Callisto into a bear (Ursa Major). Callisto's son was a hunter, and to ensure he’d protect Callisto, Zeus turned him into a bear as well (Ursa Minor); and to shield them from Hera's anger, Zeus picked them up by their small tails, swung them over his head and threw them up into the sky, stretching their tails as he did so. While in the Iroquois story, the arrogant Bear goes ice fishing with Fox but falls asleep with his long tail in the lake, where it gets frozen. To teach Bear a lesson, Fox encouraged Bear to pull his tail from the lake, but it comes off as he tries to pull it out.”

Where to stargaze: Head to Germany’s official dark spots.‍

“There are three exceptional places to stargaze in Germany: Naturpark Westhavelland (Brandenburg), Eifel National Park (NRW), and UNESCO Biosphere Reserve Rhön (between Bayern, Hessen & Thüringen). These parks have been recognised (and are protected) by the International Dark Sky Association (IDA) as natural places with optimal stargazing conditions thanks to incredibly limited light pollution. Here, when it’s not cloudy(!), you can see the Milky Way with your bare eyes. Each park also has its own programme of stargazing event and tours you can join, in case you want guidance.”

“There are a few unspoken rules you should keep in mind when visiting one of these dark places, but the main one to remember is don’t use a flashlight or your phone’s light. Make sure you have a light with a red filter. My advice is to arrive before sunset and set up to avoid the difficulties of navigating in the pitch-black - plus you can often see the planets at dusk! And remember: stargazers are really friendly people! Don’t be afraid to ask what others have come to look for, and don’t be afraid to ask for help.”‍

“One of the most exciting upcoming events is the conjunction of Jupiter and Saturn, taking place on the Winter Solstice (21 December 2020); it’ll be visible in the West about 45 minutes after sunset. This will be the closest conjunction (an event where two astronomical bodies appear close to each other in the sky)  since 1623!”

As if that wasn’t reason enough to go out and observe the conjunction, it’s worth watching as a similar astronomical event could have been what we think of as the Star of Bethlehem. “It was suggested by Johannes Kepler that the story of the Star of Bethlehem could have come from the Jupiter-Saturn conjunctions in 7 B.C,” Anna tells me. “There are also theories that it could have been other conjunctions in the following years (including a conjunction between Jupiter and Venus, Jupiter and the Moon or Jupiter with various stars).”

IMPORTANT: never attempt to view the partial eclipse without proper equipment. Never look directly at the sun, even during a partial or annular eclipse. Doing so can cause permanent and severe eye damage. Never look at the sun through a regular telescope, binoculars, or a camera. Eye and optics damage will occur. The partial eclipse can be safely viewed with special eclipse glasses or a pinhole projector. For more information, please check here. 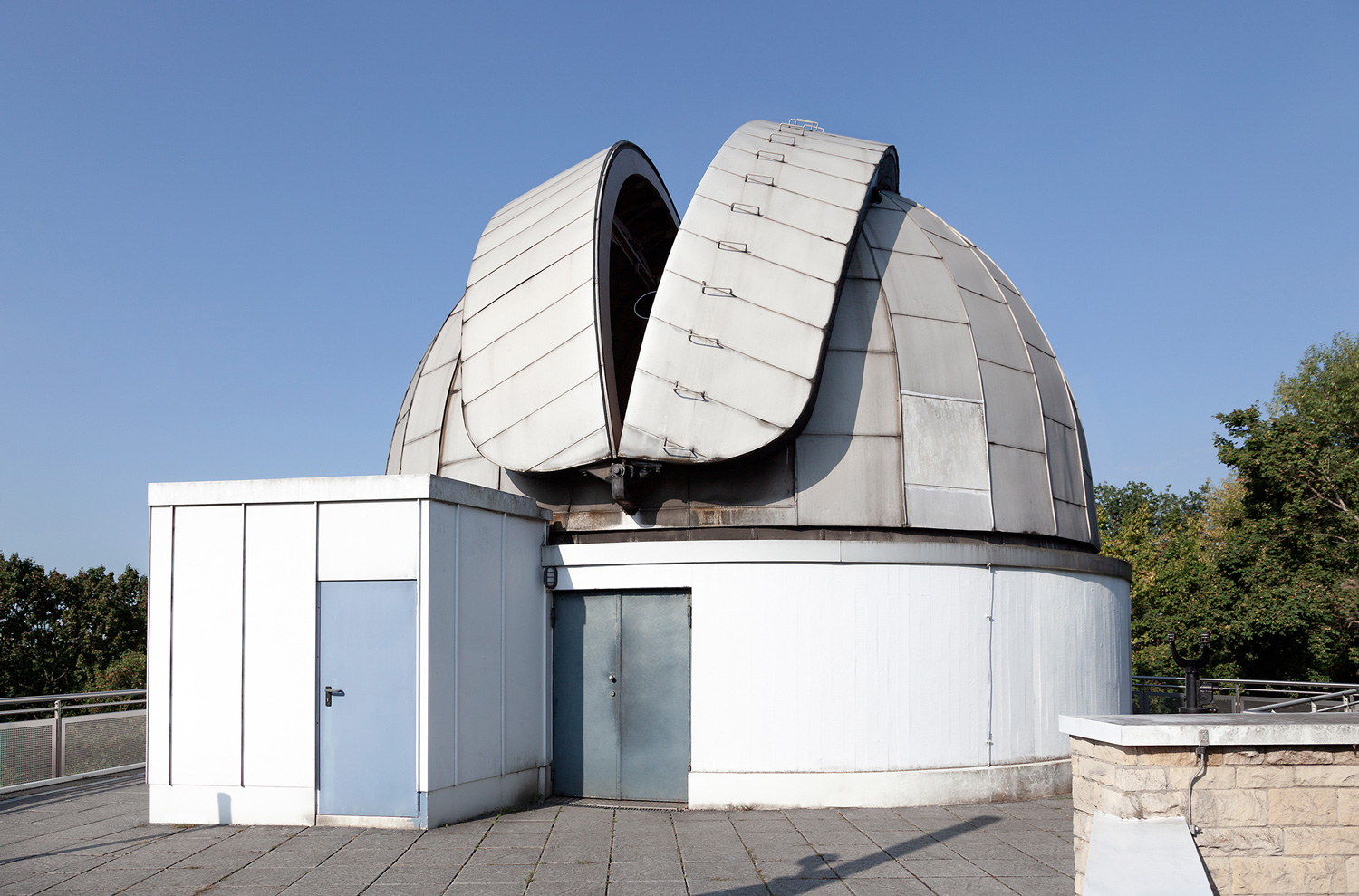 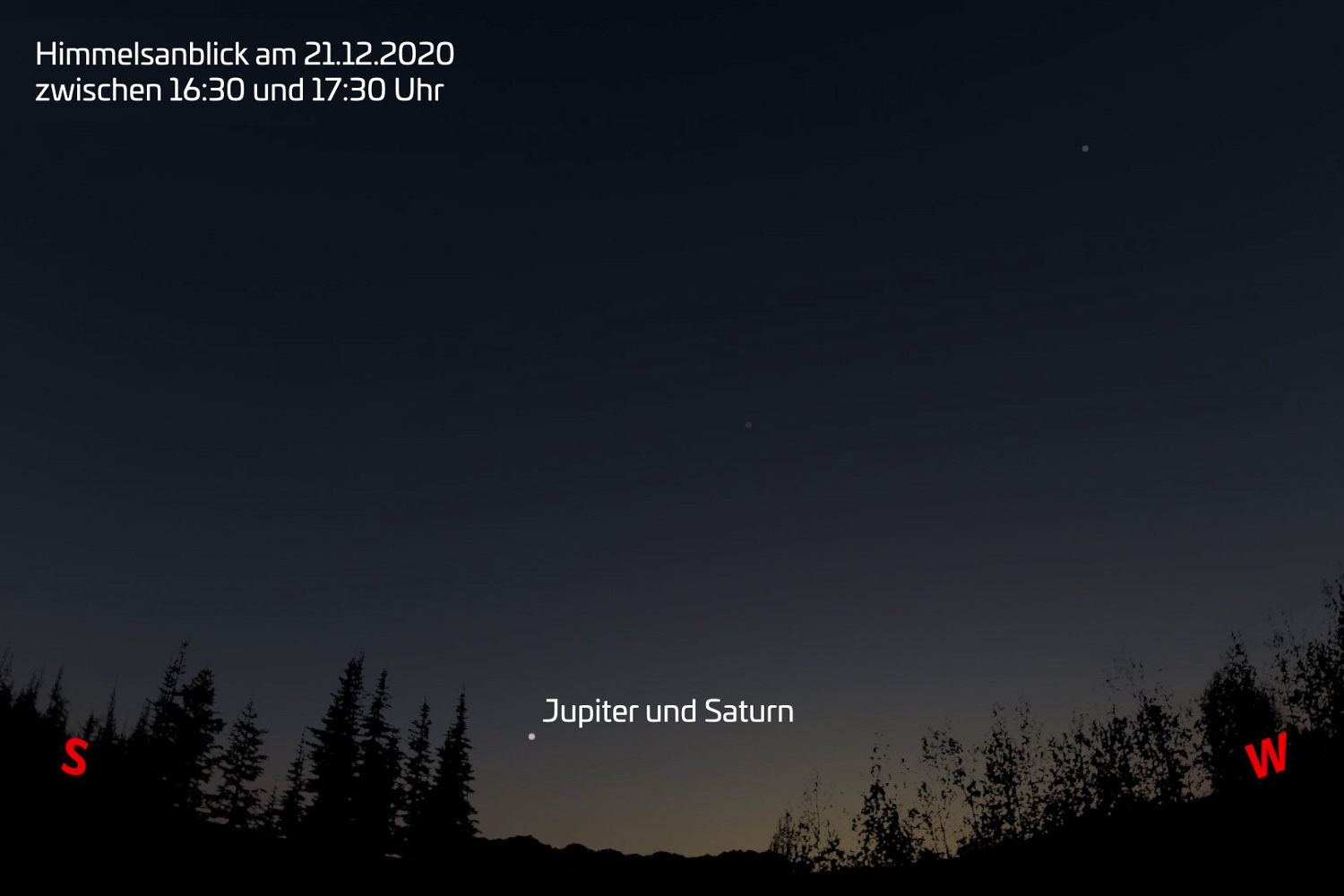 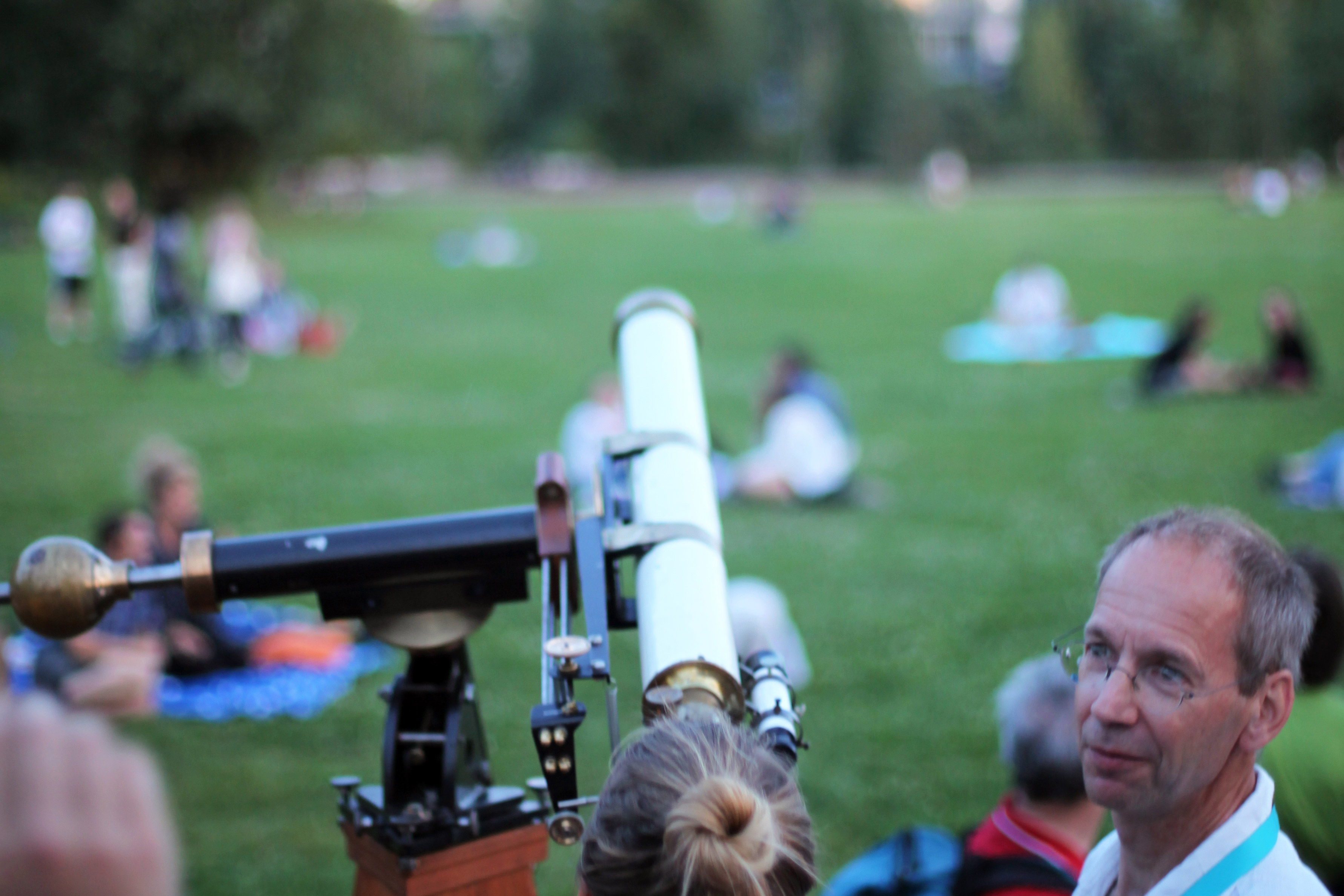 Stargazing from your sofa: helpful apps and resources.

‍Of course, it’s not always possible to go to an area with little or no light pollution (and even then, there’s no guarantee there won’t be clouds).

“I’m still surprised by the number of stars I can see in Berlin, and don’t forget about the planets or the moon - they’re so bright and so beautiful! With a low-end pair of binoculars, you’re able to see the moon’s craters! There are areas of most cities that have less light pollution, so go with a group and look up! But if that’s not possible, here are my go-to resources for inspiration and help me navigate the skies:

Thank you so much for your insights, Anna!

Anna Green was inspired by the sky when she was just 3 after going to a planetarium show with her Grandparents in St. Louis, Missouri. She’d often climb into the rocket at NASA’s visitor’s centre in California, too. She began working at the Stiftung Planetarium Berlin in 2018.

We love the Stiftung Planetarium Berlin, which is made up of two observatories and three planetariums. One of their observatories, the Archenhold Observatory is the oldest public observatory in Germany, and one of their telescope, the Riesenfernrohr, which is the longest movable telescope in the world, will be turning 125 years old in 2021 (keep your eyes open for their celebration plans). Additionally, next year, as there will be 3 arriving missions to Mars, initiated by 3 different countries, the Stiftung Planetarium Berlin will be creating an exhibition on the theme of Mars.

Make a weekend of it and stay in, or near, a Sternpark. Get in touch with our travel experts if you want some help or recommendations.

One of the above images show the upcoming conjunction Jupiter and Saturn, and one below shows the position and structure of the Little Bear constellation. Thanks again, Stiftung Planetarium Berlin. 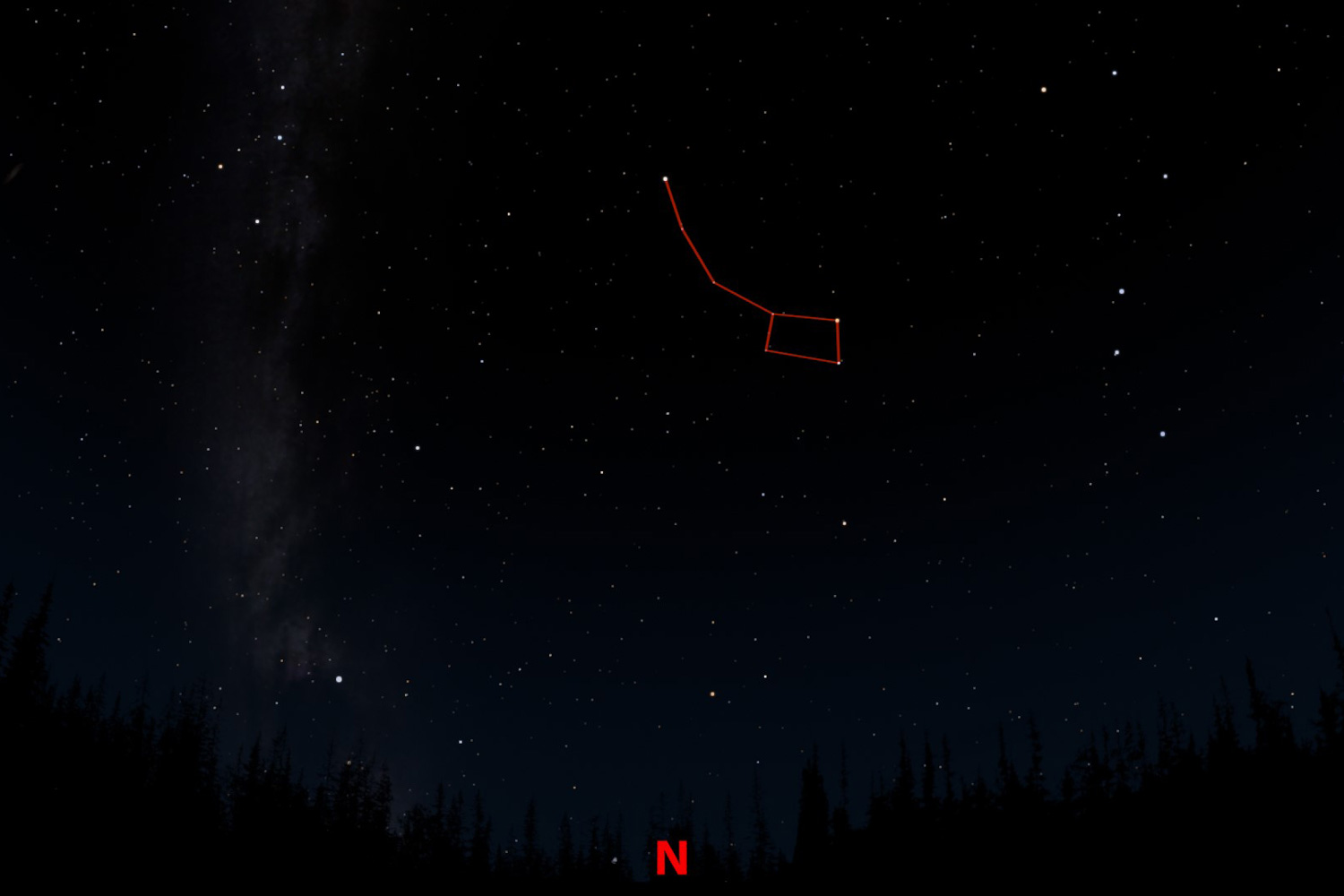 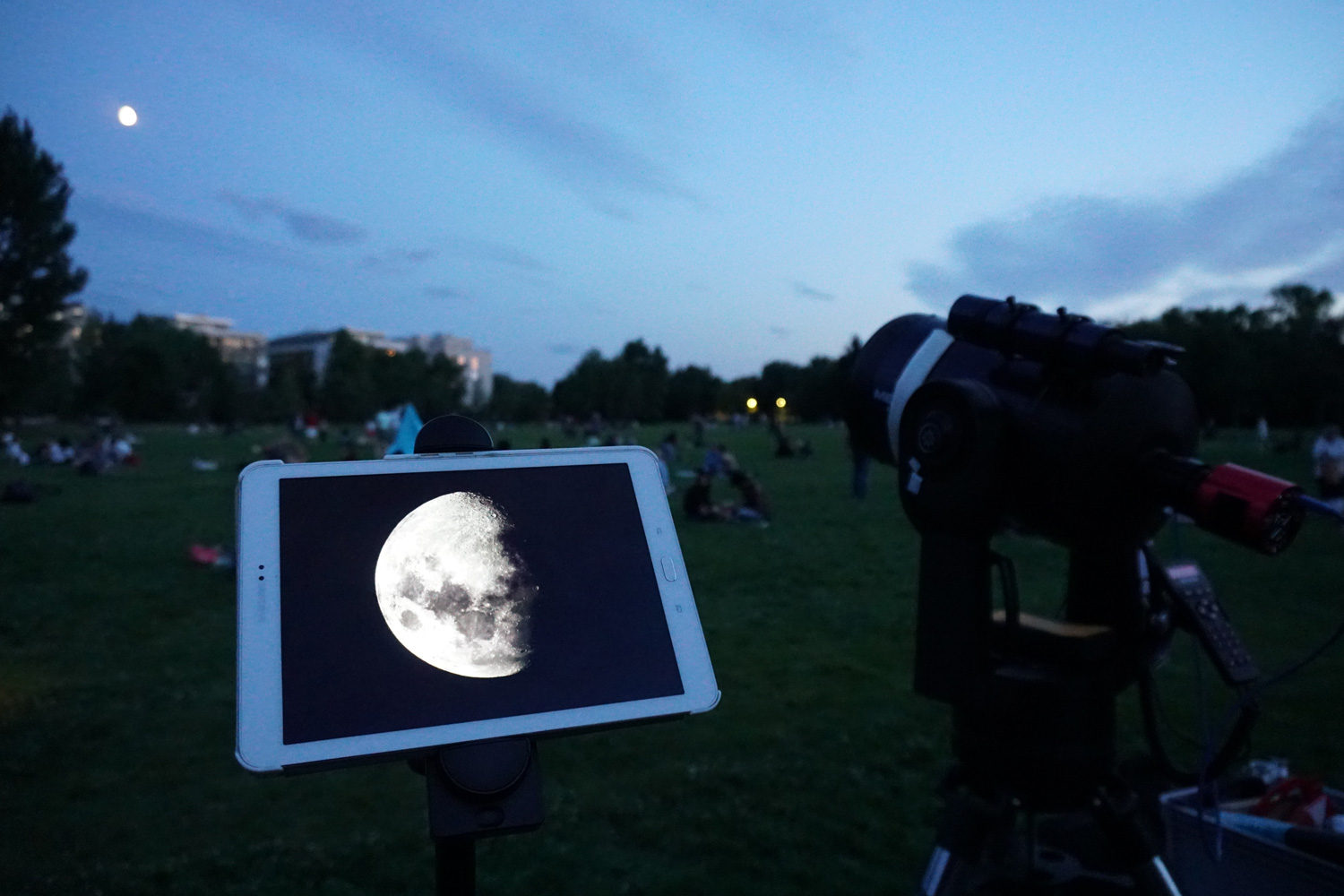 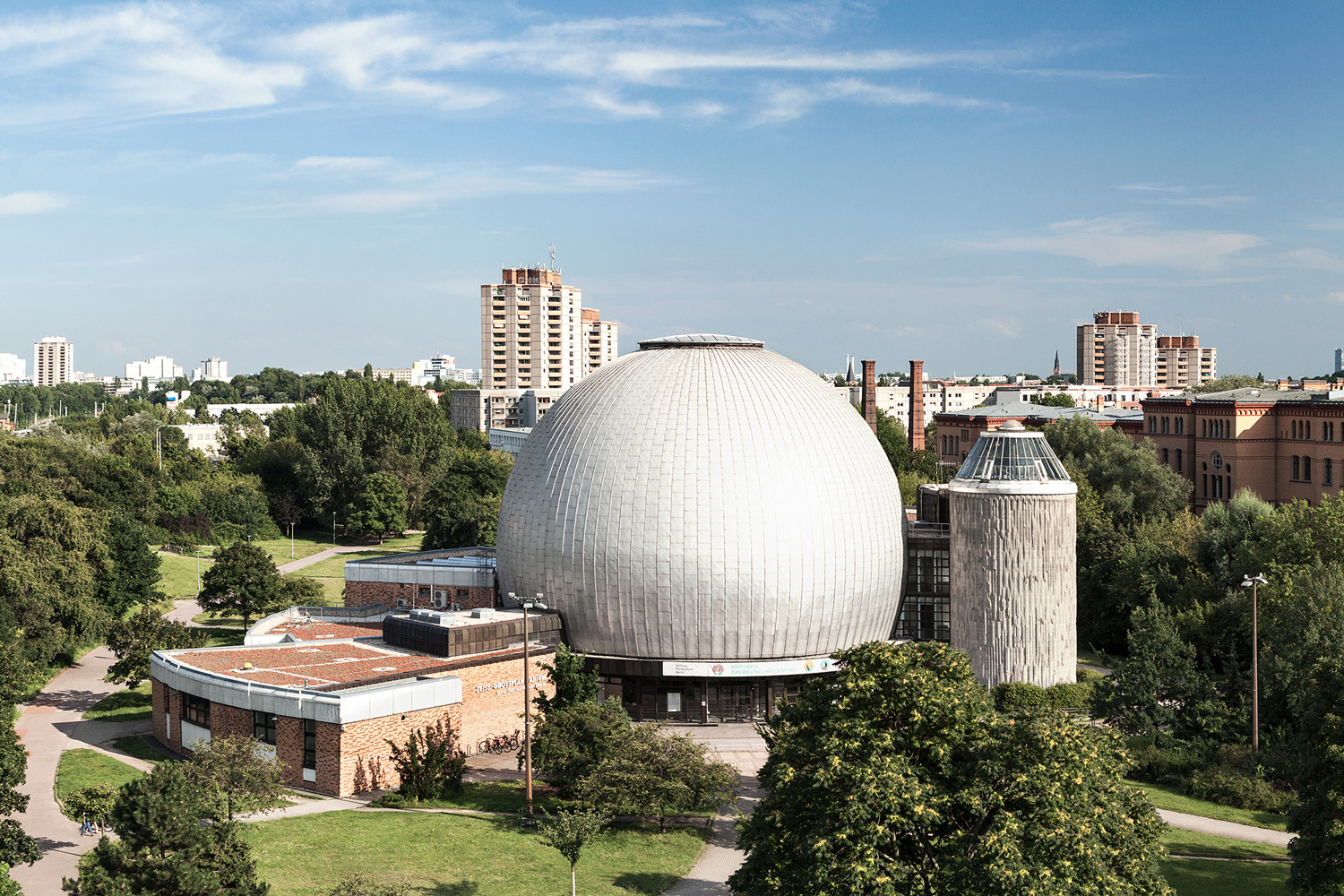