A guest blog by Yessica Klein

I came across Theodor Fontane for the first time when reading the excellent Turning: A Swimming Memoir by Jessica Lee. In her account of Berlin and Brandenburg's lakes, she often references the 19th-century German writer and poet, who documented his wandering paths in the five volumes of Wanderungen durch die Mark Brandenburg (Walks through the Brandenburg Province, 1862–89 - only available in German).

Inspired by British travel writing from the time, Wanderungen durch die Mark Brandenburg reports on both the landscape of the region as well as its history, architecture, and people of his native land.

While the landscape has changed a lot in the last 150 years (more roads and towns), some of them survive today and are more than worthy of exploring.

The Fontane Trails were officially opened on 1988 to mark the 90th anniversary of the poet's death, and consist of six signposted hiking and cycling trails. These trails reinterpret the writer's wanderings, and connects his words with the contemporary landscape.

Here are a few of my favourite hiking trails inspired by the poet.

"Anyone who wants to travel in the region must first have a love of the country and its people; or at least no prejudices. They must have the good will to find beauty instead of killing it by critical comparisons." Theodor Fontane

Hike from Köpenick to Grünau by Müggelsee

The reason this is one of my favourites is that not only does this route delve into nature but it also highlights a lot of Köpenick's history. Plus, to top it off, it includes a short ferry ride!

Trail length: 13.2km, marked in most parts. Check out the full route here.

Starting from S-Bahn Köpenick, you can cut through the Altstadt (which I imagine hasn't changed that much since Fontane last saw it) and even take a detour to stop by Köpenick Palace (which gives its name to the region). Most of the trail is by Müggelsee, where you’ll find a lot of swimming spots. Continue through the forest and swamps until you reach the ferry at the Dahme and cross over to Wassersportallee, which will lead you straight to S-Bahn Grünau.

Running out of light or getting tired? I propose a detour: instead of crossing through the forest to reach Grünau, turn left and cross the Spreetunnel, entering Friedrichshagen. This underwater tunnel is reported to have been here since 1927, and both Friederichshagen and Rahnsdorf are mentioned in the first volume of Fontane’s Wanderungen.

Even if it's not an official part of the trail, who's to say Fontane hasn't walked by these riverbanks? Plus, the view from Müggelpark is always worth it. From there, Bölschestraße will lead you to S-Bahn Friedrichshagen. And if you're hungry: keep an eye out for Thüringer Ritter, which sells traditional Thüringer Bratwurst with Glühwein (well into February and March!).

It's also possible to continue by Müggelsee and through the forest all the way to Rahnsdorf, a scenic and isolated trail; I’ve only seen people here in the summer, enjoying the FKK beach. So be careful not to disturb the wild boars!

I love the Waldpoesie-Pfad in Erkner, which starts with the appropriately named Theodor-Fontane-Weg (named this way as Fontane writes about two of the lakes in the region: Löcknitz and Flakensee).

While the Theodor-Fontane-Weg runs for a little over 2.5km, it's possible to continue by the river path along Flakensee all the way to Kalksee. From there, you have two choices: continue all the way to Rüdersdorf or turn back to Woltersdorf.

The best part? The path is signposted with poetry – not only by Fontane but also by other famous writers, such as Erkner-local Gerhart Hauptmann. 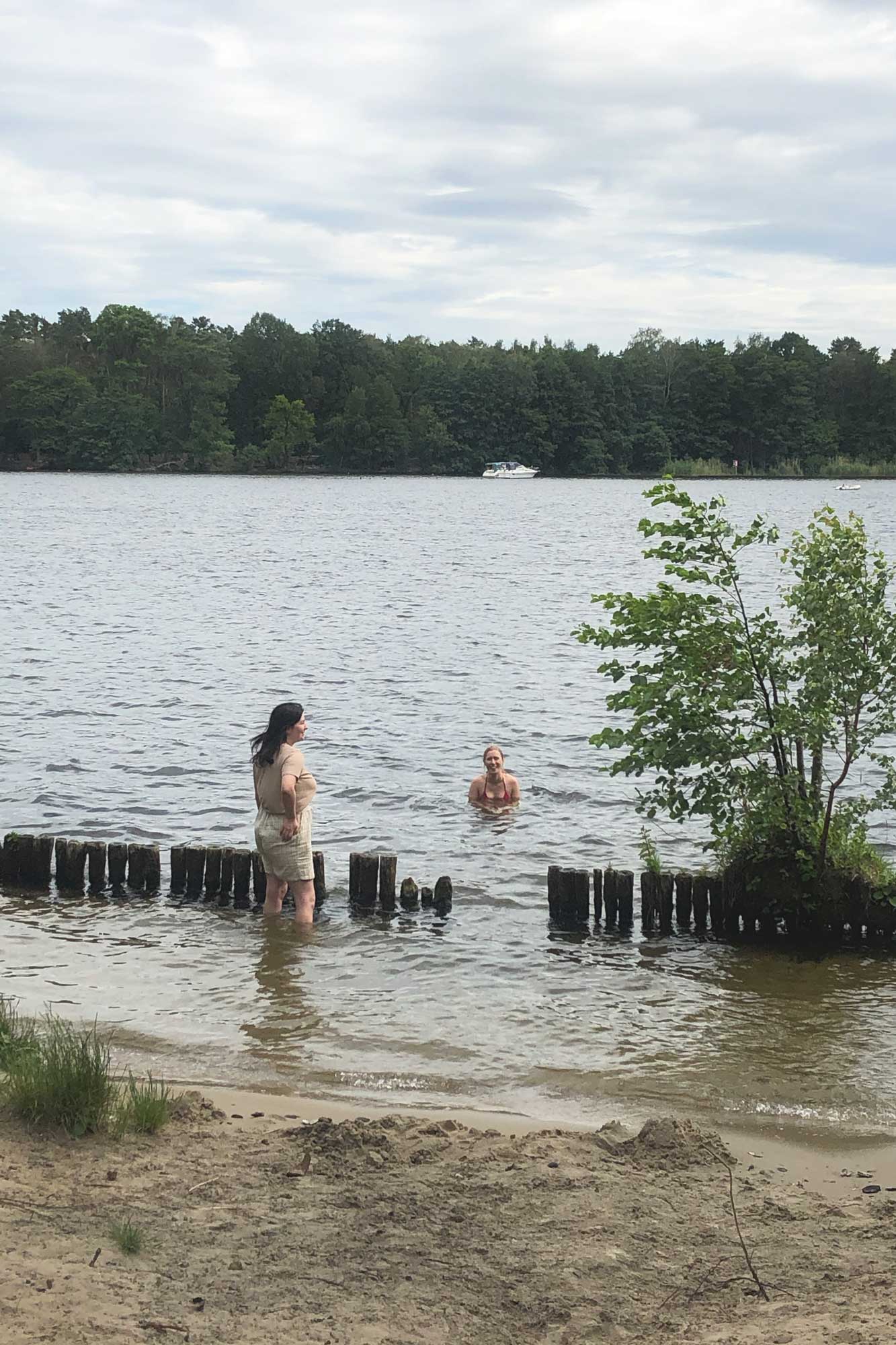 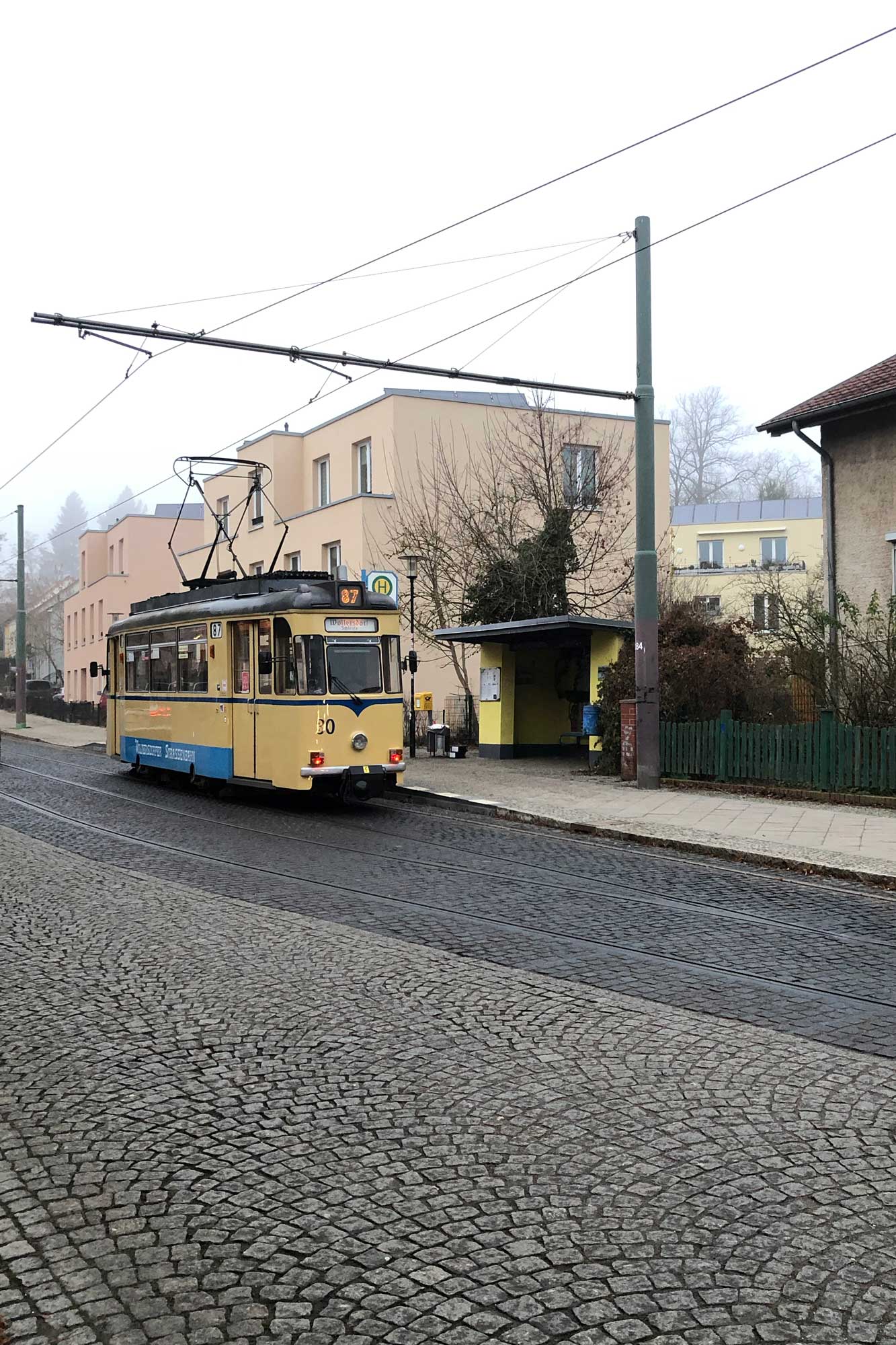 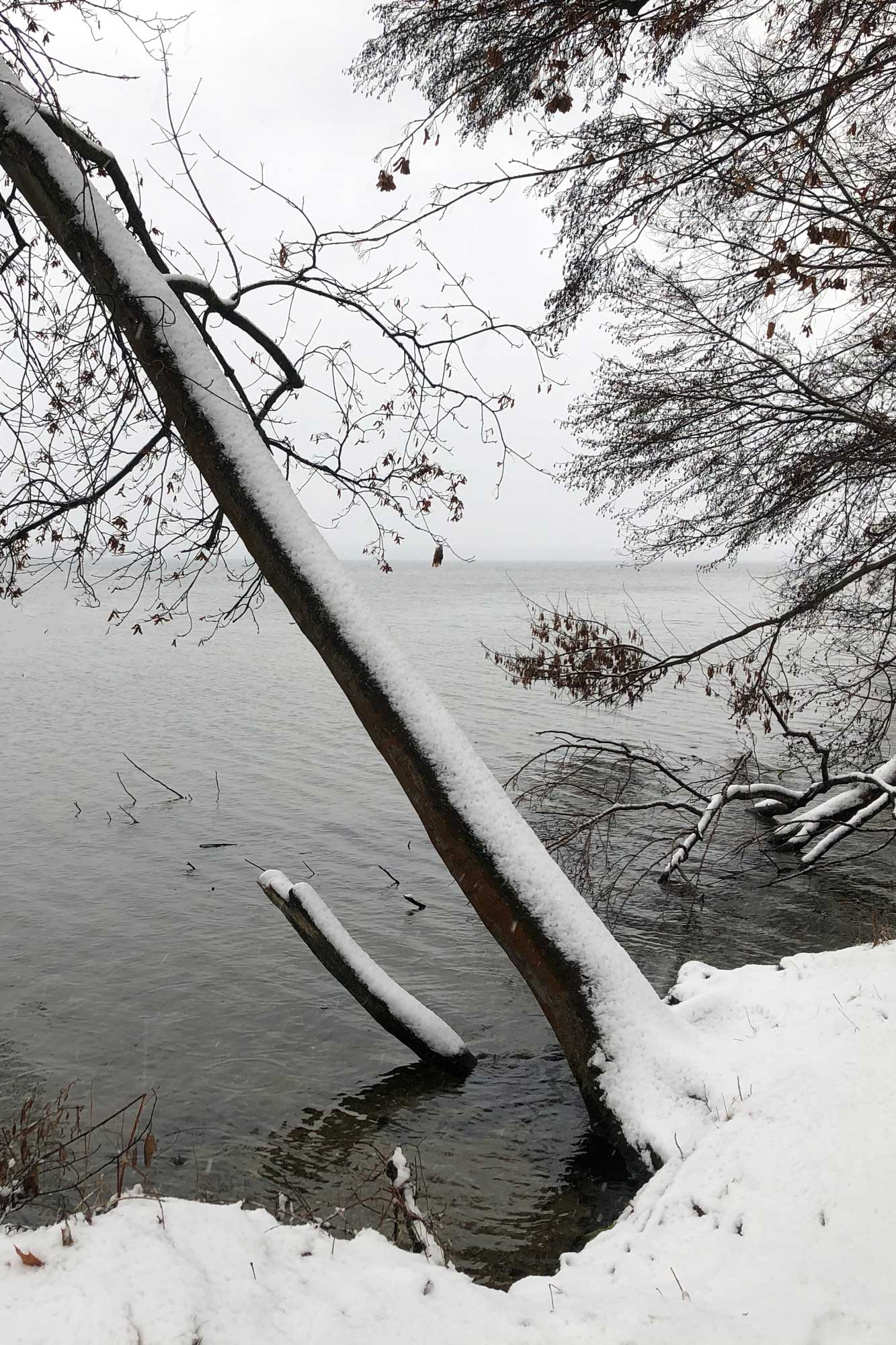 I often give in to practicality, and therefor end up hiking near where I live in East Berlin/Brandenburg. This summer, however, my priority is to venture West – further than Grünwald and all the way into Potsdam. The F6 route will be my starting point.

Take a look at the F6 Fontaneweg.

The 30km circular trail promises forest paths, swimming spots at three different lakes (Templiner See, Petzinsee, and Schwielowsee), and scenic villages – including Caputh, where the trail starts. Personally, I'm looking forward to wandering around this route not only due to Fontane – but also Einstein. The physicist's summerhouse is definitely be a mandatory stop!

The length of the route also makes the perfect excuse for an overnight extension in Potsdam at Potsdam Design Apartments. Some resting and a lot of poetry reading… Starting with Theodor Fontane, of course.

A full overview of the official Fontane Trails can be found here (in German). Hiking and literature enthusiasts can also join one of the many Fontane hiking clubs, aimed at rediscovering and documenting the writer's trails.

Yessica Klein is a Brazilian-German writer living in Berlin. She holds a MA in Creative Writing from Kingston University (London, UK) and was shortlisted for the 2021 Aesthetica Creative Writing Prize and the 2017 Jane Martin Poetry Prize. She dreams of a writer's cottage in the woods.